"the so-called opposition...need to be regarded as enemies of the people " -Kadyrov 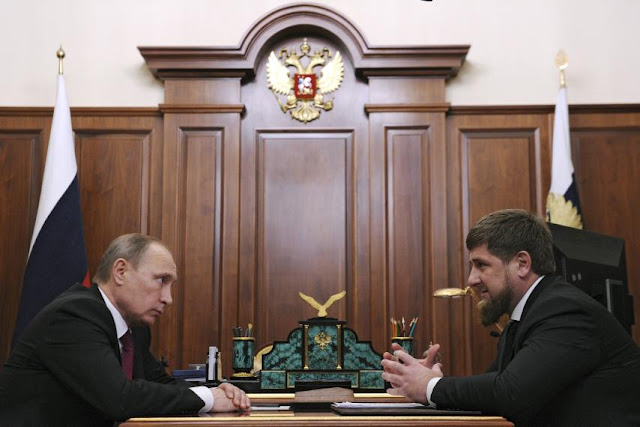 Though the phrase dates back to Roman times and the reign of Emperor Nero (who was declared "an enemy of the people" by the Roman Senate), it came into use in the modern period during the French Revolution.  Ennemi du peuple was used to refer to those who disagreed with the new French government during the "Reign of Terror," a period during which thousands...were executed by guillotine.
While it was featured as the name of a Henrik Ibsen play, its next prominent use was by the Nazis.  During the Third Reich's rule in Germany, Propaganda Minister Joseph Goebbels referred to Jews as "a sworn enemy of the German people" who posed a risk to Adolf Hitler's vision for the country, according to The Washington Post.
It gained its widest use by Joseph Stalin during the early years of the Soviet Union.  In the nation's early years, Vladimir Lenin and Joseph Stalin used the term vrag naroda (enemy of the nation/people) to refer to those who disagreed with the ideologies pushed forth by the Bolshevik government and, later, adopted by the newly-formed Soviet Union.  This could include anyone from the clergy who did not want to adopt state-enforced atheism to writers to political opposition that questioned the ideologies of the new government. Later picked up by Stalin, such a designation could mean immediate imprisonment or removal to a labour camp.
"All leaders of the Constitutional Democratic Party, a party filled with enemies of the people, are hereby to be considered outlaws, and are to be arrested immediately and brought before the revolutionary court," said Lenin in November 1917.   http://www.businessinsider.com/history-of-president-trumps-phrase-an-enemy-of-the-people-2017-2