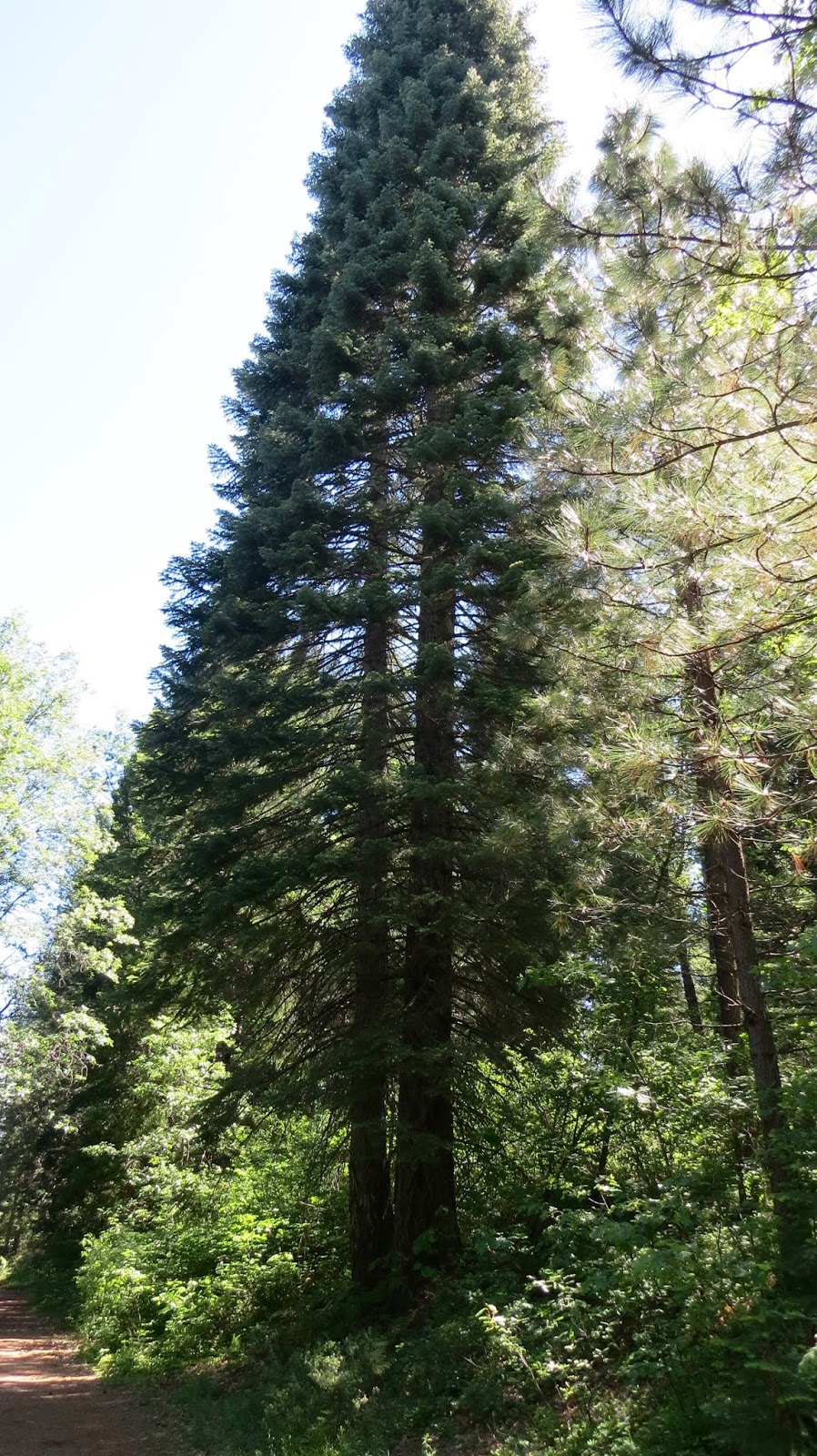 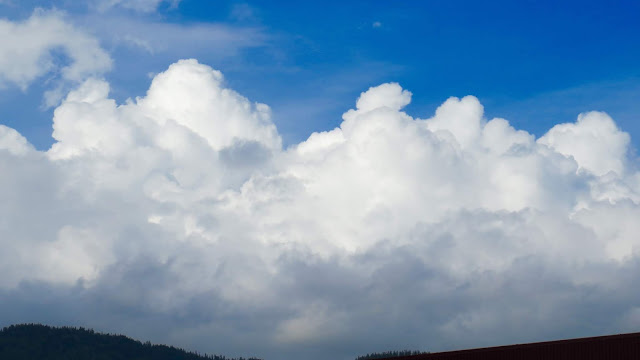 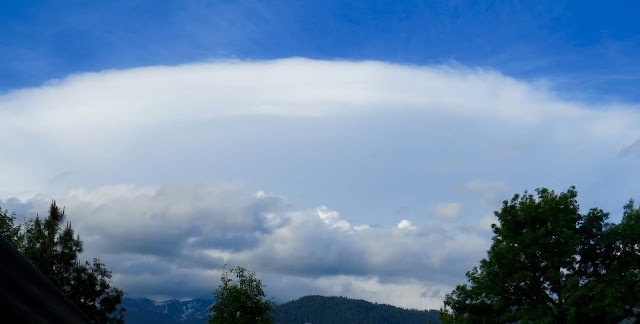 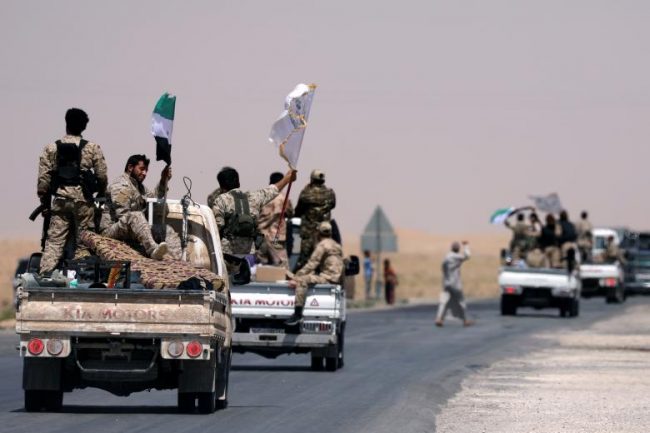 In remarks to the Russian Sputnik News agency, Lilwa al-Abdallah, the spokesperson for the Operation al-Jazeera Storm, said the operation “is ongoing to eliminate presence of IS in eastern Euphrates and south of Hasaka.  Our troops are heading toward al-Desheisha, located south of Hasaka to liberate it completely from the militants until reaching to the Iraqi borders.”

5-31-18  Syrian President Bashar al-Assad has warned US-backed Kurdish forces he would not hesitate to use force to retake the third of the country they control. 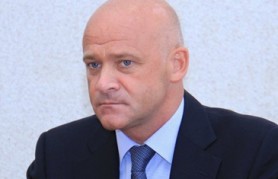 BBC reporter Andy Verity wanted to ask Odesa Mayor Hennadii Trukhanov whether he had been using London to hide dirty money when the official's security hustled him out of the place and kicked him in the groin. 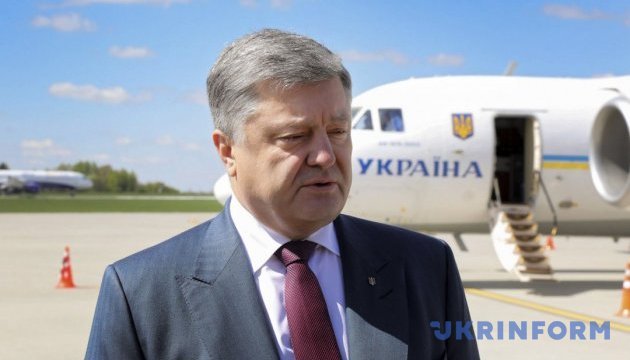 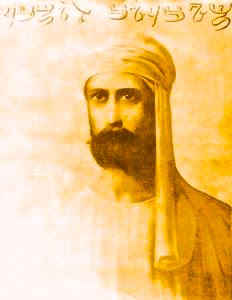 You were born to win, and I say this to counter the lie that man was "born to lose."  And if you will make this statement I AM born to win! as an act of supreme faith it will overcome the world's consciousness of failure--a deadly weight of sin if there ever was one.  It doe not matter what problems you have faced, for even the most dire situations will yield to the mighty forcefield of God-potency that will be built up through your practice of spiritual alchemy. 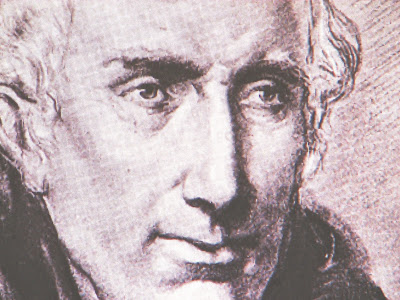 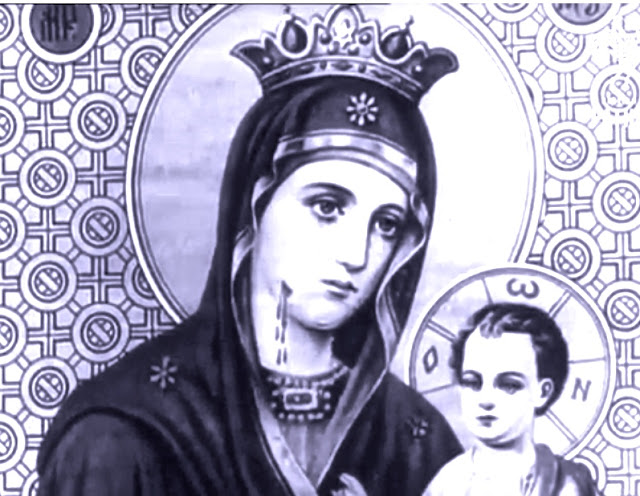 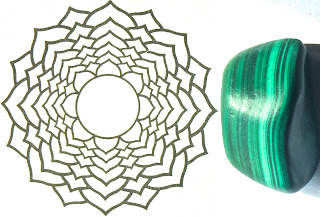 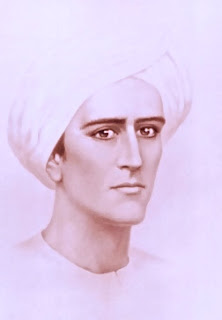 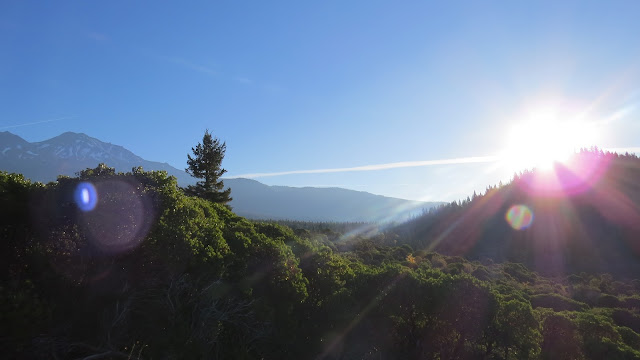 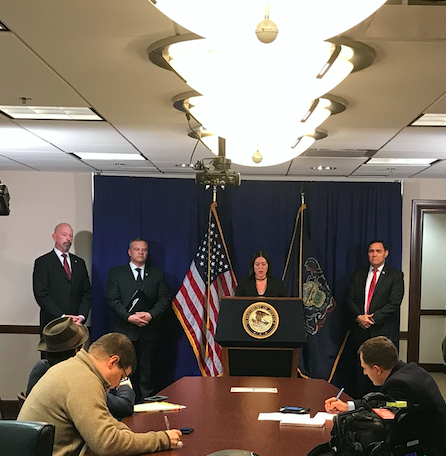 5-21-17    “cyber-enabled economic warfare” is essentially the use of cyber attacks against a country “with the intent to weaken its economy and thereby reduce its political and military power,” Ravich says.
China’s use of the practice first began to strain relations with the U.S. in the early 2000s.  By 2011, the scope of Chinese theft forced the issue into the limelight.  In 2014, marking the first instance of attaching criminal charges to state hackers, the U.S. Justice Department obtained indictments for five Chinese military officers for stealing trade secrets, such as technical data, and intelligence on trade negotiations.
The calls for action against Chinese economic espionage within the U.S. prompted denial from Beijing, but the tone changed after the U.S. threatened sanctions against China the following year.  While this could have been prompted by alleged Chinese political espionage against the Office of Personnel Management, where hackers siphoned off 22 million files on past and present federal employees, the backdrop of longstanding economic espionage was still on the minds of U.S. officials. Public condemnation intensified after a series of NSA presentation slides were leaked to the press shortly after the Office of Personnel Management incident, where hackers siphoned off 22 million files, showing a U.S. map littered with red dots identifying over 600 corporate and government victims of Chinese cyber espionage during a five-year period beginning in 2009….
not all espionage against private industry is necessarily for economic gain.  Last month Chinese hackers targeted South Korean companies involved in the deployment of a U.S. missile defense system in anticipation of continued North Korean ballistic missile tests.  As Hultquist points out, “Many of their products have military applications, so even with an agreement to stop economic espionage, they could find themselves straddling that line between political and economic value.”  https://www.thecipherbrief.com/chinese-industrial-spies-cast-a-wider-net
……………….
12-13-16  Chinese operatives can now approach engineers, military officers, administrators and attorneys from a wide range of different countries and companies in search of access to military technology. Indeed, the very act of communication between all these different actors creates opportunities for cyber-espionage.
The United States cannot have it both ways.  It cannot enjoy the benefits (political, financial, and technological) of an open, dispersed defense industry, while also maintaining tight control over the innovations that industry produces.  https://thediplomat.com/2016/12/just-how-wide-reaching-are-chinas-economic-espionage-efforts/
…………………….
6-23-16  Recently, after scooping up a small and unprofitable aerospace company from California, one of the lead suppliers of military aircraft for China, Aviation Industry Corporation of China (AVIC) is now in talks to acquire a UK-based aerospace and military company that could prove useful for stealth and drone development.  http://www.businessinsider.com/china-acquiring-military-secrets-2016-6
…………………….......................................................................................................….
12-21-17    The question every company should be asking themselves:  Do I have a product that might be useful to the populous of China?  Do I have a Chinese competitor?  Do I make a widget or provide a service used in any country’s defense industrial sector?  Answer “yes” to any of these and the odds of finding yourself on the Chinese five-fingered-discount shopping list rises exponentially….
China announced its plan to invest $360 billion into renewable energies between 2017 and 2020, an amount that certainly caught the attention of many.  One way to make those dollars stretch is by reducing R&D costs by using the technologies of others, either through licenses, joint ventures or theft.  Each of which provides enterprise information security teams with an appropriate challenge to keep their trade secrets just that: secret.
Siemens AG of Germany saw one of its trusted insiders working within the smart energy group apprehended by Dutch authorities on his way to China with a boatload of proprietary trade secrets and intellectual property in April 2017.  This was not the first time Siemens energy found itself in the crosshairs of China’s economic espionage efforts.
We learned in late November through the U.S. Department of Justice indictment of Dong Hao, executive director and manager of “purported China-based Internet security firm Guangzhou Bo Yu Information Technology Company Limited (a/k/a ‘Boyusec’)” which successfully penetrated Siemens’ networks.
In 2014, Boyusec conducted a reconnaissance and harvesting of access credentials.  Then in 2015, revisited to complete the harvest, when Hao and his colleagues at Boyusec stole approximately 407GB of proprietary commercial data pertaining to Siemens’s energy, technology and transportation businesses, according to the Department of Justice.
https://securityboulevard.com/2017/12/chinas-economic-espionage-via-non-attributable-hand/

In this case, Chen is alleged to have shipped dozens of cutting-edge radio transmission and digital-to-analog conversion components with potential use in military guidance and radio jamming application.  Chinese firms operating in the United States would purchase the components explicitly for use within the United States.  They would then send them to Chen in Pomona, who would in turn ship them to Hong Kong or mainland China, listing them in customs documents as low-value uncontrolled electronics. In return, money from China was wired to Chen’s accounts in the United States.   http://www.breitbart.com/big-government/2017/05/25/sessions-doj-cracking-down-on-chinese-corporate-spies/
............
5-23-17 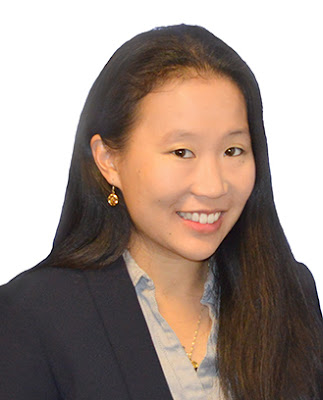 Si Chen (SHOWN) also is accused of smuggling devices typically used in space communications applications, and falsifying the paperwork used in shipping those items to list them as worth $500, rather than their true value of more than $100,000.  The exports in question date from March 2013 to December 2015. 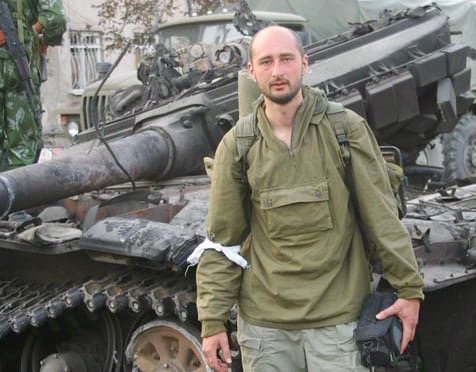 rationalizing Chinee hacking at the top of American government 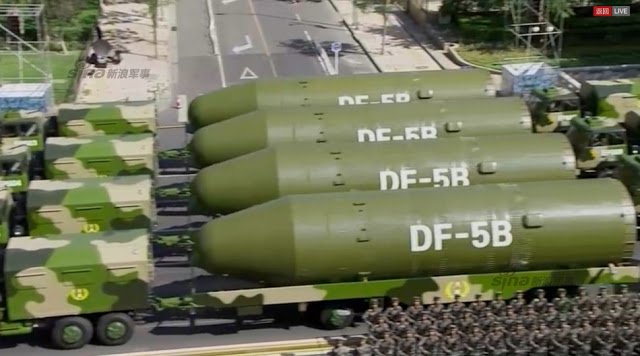 autumn 2015, he DoD estimated China of having approximately 20 DF-5  liquid-fueled ICBMs, with 10 of them being DF-5B variants containing MIRVs (3 to 8 warheads per missile).  https://en.wikipedia.org/wiki/DF-5    http://asian-defence-news.blogspot.co.uk/2015/09/plas-new-df-5b-liquid-fuel-icbm.html
.................................................................................................
rationalizing Chinee hacking at the top of American government:
halloween 2017     J. Michael Daniel, who served as Obama's White House cybersecurity coordinator. After all, despite the nagging exceptions, as much as 90 percent of Chinese hacking incidents targeting the US private sector did disappear following the agreement, according to numbers from both FireEye and security firm Crowdstrike. "I think it continues to be a success.  It did what it was intended to do: It shifted Chinese thinking and behavior."
And as for the remaining cases of US corporate penetrations that FireEye and other cybersecurity companies continue to point to?  "There's an understanding that you’re not going to reduce intrusions into private companies to zero," Daniel says.  "We never expected that every single instance of stealing intellectual property or trade secrets for commercial gain would go away."
Daniel argues the few cases in which China has continued to hack American companies could be false flags or misattributions, where non-Chinese activity has been mistakenly pinned on Chinese.  They could be traditional espionage, using companies as footholds to get into governmental targets.  Or they could be rogue Chinese hacker groups moonlighting for private interests, conducting corporate espionage without the government's involvement.
"The Chinese government doesn’t have complete and total control over all these Chinese hacker groups," Daniel says.  "Some of that activity may not be the Chinese government, but the companies that it would benefit, hiring those hackers to conduct these operations."
But playing down violations of the agreement could be shrewd pragmatism as much as a lack of a smoking gun, says Robert Knake, a director of cybersecurity policy in the Obama administration who served until early 2015, before the US-China agreement was made.  "It’s not always a bright-line bureaucratic decision," Knake says.   "Will you get the outcome you want by declaring someone in violation? Or do you get it by validating the agreement and then quietly pushing them?"
Knake notes it's possible the Trump administration is focused on its escalating conflict with North Korea, and doesn't want to ruffle its relationship with a key ally in the region.  "The thinking could be, 'let’s not start a fight with China too, we need them on North Korea,'" Knake says.  https://www.wired.com/story/china-tests-limits-of-us-hacking-truce/
......................
4-11-18   It’s reportedly been happening since before Trump targeted tariffs at the nation.
Backstory: China is responsible for as much as 80 percent of all intellectual-property theft against US companies, according to the US Commission on Intellectual Property Theft. In 2015, China agreed to stop hacking the US for trade secrets. Until then, IP theft cost the US economy $300 billion a year. More recently, Trump placed tariffs on many imports to punish China for stealing American tech know-how.
The news:  Axios reports that new security research shows China expanded state-sanctioned hacking for US patents and other trade secrets throughout 2017, targeting tech companies, law firms, and medical manufacturers, among others.
https://www.technologyreview.com/the-download/610850/china-has-been-hacking-american-ip-again/
......................................
11-30-17  Prosecutors in the United States this week quietly outed what appears to be a Chinese state-linked hacking ring, an escalation in Washington’s campaign to pressure China over its trade practices and efforts to steal intellectual property from U.S. firms.
In an indictment unsealed on Monday, federal prosecutors in Pittsburgh allege that a trio of Chinese nationals and their cybersecurity firm Boyusec hacked three companies — industrial giant Siemens, the economic analysis firm Moody’s, and the GPS navigation company Trimble — and made off with sensitive company documents.  http://foreignpolicy.com/2017/11/30/feds-quietly-reveal-chinese-state-backed-hacking-operation/
...........................................................................
JANUARY 31, 2016
Over the next two years, hackers stole some 630,000 files from Boeing related to the C-17, the third most expensive plane that the Pentagon has ever developed, with research and development costs of $3.4 billion. They obtained detailed drawings; measurements of the wings and fuselage, and other parts; outlines of the pipeline and electric wiring systems; and flight test data – a gold mine for any criminal looking to sell information on the black market. But the hackers, according to the Federal Bureau of Investigation, already had a buyer: Su Bin, a Chinese national and aerospace professional living in Canada.   https://www.csmonitor.com/World/Asia-Pacific/2016/0131/Why-China-hacks-the-world