those who would make up for lost time may appeal fervently

Thus, beloved, those who would make up for lost time may appeal fervently to the Great Divine Director and the Lords of Karma that they may rise up over base selfishness, self-indulgence and fantasies contributing to the blockages in the various chakras.  Therefore, beloved, let all come in his mantle….
Do you not remember how those were chosen to fight the battle, those who carried sword and armour?  Blessed ones, they were told to drink of the waters of the river.  And those who laid down their swords while they drank were cast aside, and those who kept their swords were chosen….And there is no other word but failure for those who cannot rise to the occasion of sacrifice when the very angels of Sanat Kumara stand by with their flame in hand ready to transfer it to a heart if that heart would only cry out and say “O God, give me the strength to fulfill this task for Saint Germain!”…
This year has seen leaders of local study groups becoming involved in affairs with new students, both leaving the path, thus using the energy of the altar either for psychic channeling and delivering private messages “from the masters” to their little groups or for the arousing of the untransmuted baser energies.  It is well-known that the Holy Ghost and the power of the Brotherhood that does go forth will indeed activate all momentums of darkness as well as of light.  This is why we have Keepers of the Flame Lessons.  This is why we have studies and disciplines; it is necessary to remember them; it is necessary to guard oneself….
Beloved ones, thus does begin the compromise of the founding principles of every religion.  Beware of it.  We know of the psychics and other religious leaders who take our teachings, our books and our decrees and blend them with their version of an anti-Guru, anti-Christ path.  So they have said, in Germany and elsewhere, “Why can we not take the decrees and the songs and leave the rest?  We do not need the Messenger.  We have our own messengers and our own seers.”…
Beloved hearts, the image of the giant jet of water coming out of the earth (Old Faithful geyser at Yellowstone) that Jesus placed in the heart of Martha allowed her to endure and survive two thousand years of attempting to hold the balance of the nations….
I speak then, beloved, of a false theology built on half-truths, a false political system built on half-truths.  And those who think they are wise, prating about--they go here and there and they draw false conclusions from false premises and they lead all astray.
Blessed ones, I will tell you of the final initiation of the Messenger in Los Angeles.  It was to deal with a confrontation of Death and Hell.  It comes to all, beloved.  It is well that you know of the Messenger’s initiation, for you must have a keen vision.
You must know that the last time she left here in late fall to return to Los Angeles, descending into the city and into the airport she saw [through the eye of an archangel and said to herself] “This is a city of death and all whom I see are the living dead.”  And it was so, as far as those who happened to be in the airport at that time.  For I did portray vividly a panorama of the dead/wounded/dying that she might know, by stark contrast to the Inner Retreat and the spiritual life, the challenge that remained.  And so she saw clearly through my heart that this “death” and the “city of death” would seek to devour her ere she should leave.  And so, praying earnestly, she went about the business of concluding my book and others.
Blessed ones, you should know of the projections of Death that were played upon her by masterminds of the false hierarchy twenty-four hours a day, waking and sleeping. These projections were vivid as movies, as though on film, portraying a blow-by-blow account of what her demise should be in the coming weeks.  Having scarce the time to separate herself from the writing of the books there grew in her an inner resolve of resistance to Death and a transmittal to the decree tags of the understanding of this force and its modus operandi that I gave to her.
And this is the key, beloved--whether it is the death wish of the various sects of religion on earth wishing and willing the death of the Messenger, whether it is Russian psychics or KGB agents who have masterminded the ability to probe the human mind and penetrate it, whether it is from Mars or Pluto or the Moon or Hell itself, those embodied or disembodied, Death yet exists in the astral plane and it will come knocking at your door one of these days as surely as Death knocked clearly and loudly at the bedroom door of your Messenger in Los Angeles.
And this occurred at the hour of 4:00 a.m.  And at that hour the loud rap came twice--a physical sound bringing her to the awakened state and then the instantaneous knowledge that though the sound were physical the presence was astral.  After moments and minutes of silence assessing this knock, which came only days before her departure, and assessing the astral vibration and all of the compounding of these projections of Death, there began to be heard in the farthest star where angels waited breathless for the response, the cry and the call that went forth:  “Archangel Uriel, enter this house and bind Death and Hell!”  These calls of the Messenger continued unabated beyond an hour until the peace of the archangel had devoured and bound the enemy….


Beloved hearts, you cannot have kept from you the testings of Death and Hell.  You must be ready.   And it is toward this end that the Masters who have preceded me have spoken to you. 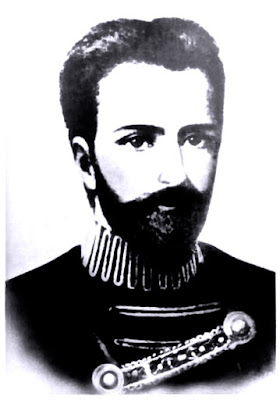