Men must develop--out of the seed-flame of Almighty God and his internal reality planted right within the forcefield of the body temple--the necessary determination to enter into their freedom.  Freedom will not come to mankind simply because he desires it.  Freedom comes about as the result of God’s laws acting in the domain of the individual and expressing through him those righteous acts which attune him with the power and victory of his own God Presence, the I AM in every man.
God did not create one man to obtain his victory and another to go down to defeat.  He created every individual to obtain his victory, and every individual is intended by Him to obtain it.  The key to each one’s overcoming lies within his own acceptance of his victory as a fait accompli--an accomplished fact--and the turning of his attention to those things that will produce his freedom and the miracles of life that intensify the flame of reality within the mind.  In this manner the consciousness is able to cut itself free from trivial and disturbing affairs….
Did not the Father say through the Son “All power in heaven and earth is given unto me”?  Do you think, precious ones, that this power is given to one man to assert himself above another?  Do you think it is an exclusive formula that one man is given and that another is denied?
Nay, I tell you, the power of the universe is for all and I affirm it by my flame of victory.  If you will call to me, I will anchor a flame of victory right within your own forehead.  I will anchor it through your spiritual eye that it may rise and pulsate and give you a glimpse of your infinite, cosmic future.  But you must have the faith to believe that I exist, and you must have the faith to believe that you exist.  You must have the faith to believe that a response can leap across the space between our worlds and convey to you that which God has already conveyed….
But you do need to identify with your own reality which holds in trust for you the gift of immortal life.  Through identification with that reality you become one with it and there is no power in the universe that can ever take from you your victory over death--the last enemy that shall go down to defeat--because you have fulfilled the fiats of Almighty God and manifested the power of the living Word.
Individuals should understand that this is a simple process of identifi­cation with God, but once entered into it becomes complex because the nature of all creation is embodied in the central power of the Word that went forth and created man--the Word I AM.  When men understand the power of that Word they will see that the I AM claims for them the reality of themselves.  But when this power is applied to trivial conditions which men impute to themselves by using the name of God I AM before such words as sick, tired, discouraged, unhappy, angry, etc. they weaken themselves spiritually by accepting these negative qualities and entering into their vibratory action….
I want to say that there are those upon earth who would like to convey the fact that they and they alone are the Infinite God.  This is darkness and shame, for the gift of the Infinite God is given to all, and the spiritual loaf of His love was broken into many crumbs that fall as sacred eucharist from his table.  Your own mighty I AM Presence itself is a fragment of the whole that has within itself the power of the whole, the quality of the whole and the ability to communicate itself to man and to realign his four lower bodies….
I AM Victory--you are victory., God is victory, all of life is victory.  When men understand this truth and abide in it, when they dwell in the buoyant consciousness of this victory each individual monad will begin daily to express a greater measure of that cosmic dynamism which Life desires to give to every man. 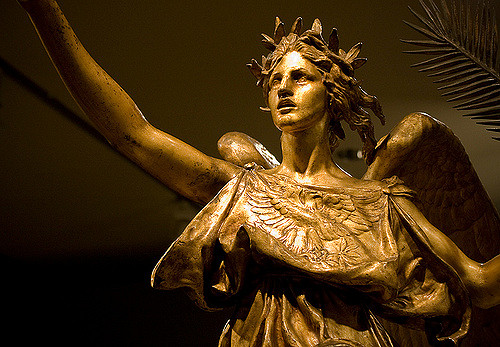 ……………………………………………………………............................................………………..…….
I remind you of my parable concerning the workers in the vineyard.  Some who were hired at the eleventh hour received one penny for their labor even as they who came in at the first hour and toiled all day received one penny.  The grumbling of those who came in at the first hour was answered by the lord of the vineyard, “Did you not bargain for so much?”  And they said, “Yea.”  And he said “You have received it.  Take what is there and go thy way:  I will give unto this last even as unto thee for it is lawful for me to do what I will with mine own.”  And this was followed by my statement “Many who are first shall be last and the last shall be first, for many be called but few chosen.”
If those who have a smattering of spiritual knowledge and dogma and a touch of devotion wish to abstain from the heart’s love of their own divinity, to deny opportunity to others and to speak disparagingly of universal harmony between peoples, we will indeed go out into the highways and byways and bring in the multitudes and the last shall be first….


We call to the lame, the halt, the blind and to all those who have need of our healing hands and we say:   come.  The Spirit and the bride say:  come.  Let all who are athirst come.   And let a new outreach go forth into the world bearing the tidings of truth. 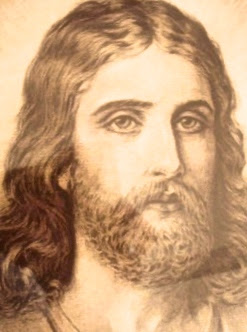