GORE WANTS $15 TRILLION FOR CLIMATE JUSTICE--HENCE THE PARIS ACCORD IS COST-FREE???

4-28-17     An Irish man and a British woman are in Garda custody after a probe into fund-raising for Islamic terrorists that began more than a year ago and could have earned up to €100,000.
Gardaí believe a gang of jihadi sympathisers were using the internet to raise money from other supporters in several countries for international terrorists, and are investigating whether that gang had any links to Ireland.
The arrests took place shortly before 10am yesterday at a rented apartment in the centre of Waterford city.  The male and female suspects, who were living in the property, are both in their 20s.  The full extent of the money-gathering scheme has not yet been established but senior officers say it may have involved up to €100,000.  It followed a detailed investigation involving Garda Special Branch and local units in Waterford division.    http://www.independent.ie/irish-news/couple-held-as-100k-raised-for-jihadis-groups-35661767.html
................................................ 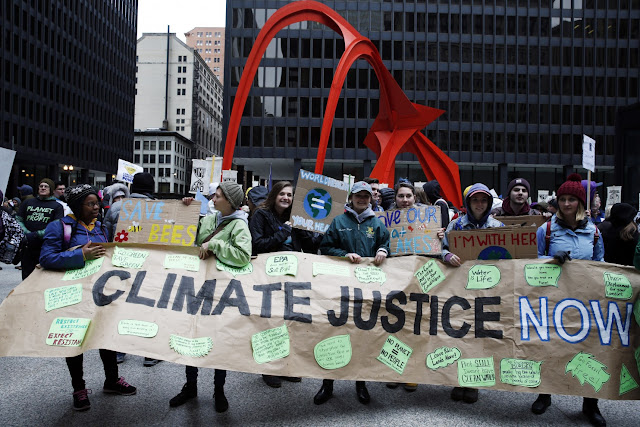 in Chicago in late April
5-3-17  Staying in the Paris accord is cost-free, but pulling out is not.....Only two countries — Syria and Nicaragua — have declined to join the Paris climate agreement . Climate diplomacy has become a cornerstone of international engagement.   https://www.washingtonpost.com/opinions/trump-wants-to-leave-the-paris-agreement-that-would-be-a-huge-mistake/2017/05/03/10633a2e-3033-11e7-8674-437ddb6e813e_story.html?utm_term=.2f0d47fd3de7
GORE WANTS $15 TRILLION FOR CLIMATE JUSTICE--HENCE THE PARIS ACCORD IS COST-FREE???