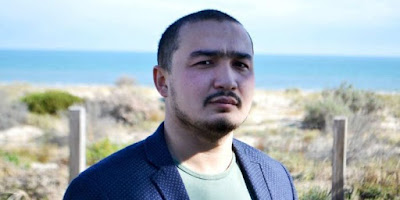 Almas Nizamidin, an Australian citizen, urges the Australian government to help save his detained wife and mother in West China.    Last year when Almas Nizamidin returned to Urumqi — the capital city of China’s far-west region of Xinjiang (East Turkistan) — he was on a mission to find his wife who had been taken from her home by several plain-clothes policemen under no official charge. 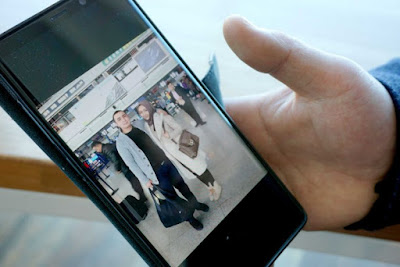 PHOTO Mr Nizamidin shows a picture of him and his now detained wife. 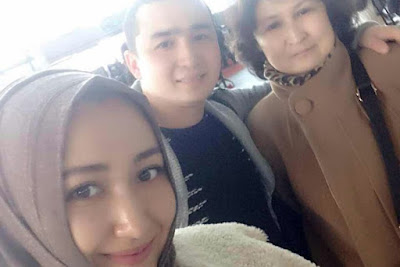 PHOTO Mr Nizamidin with his wife and mother at Urumqi airport on 15 March 2017.  Mr Nizamidin said this was the last time he saw his wife.… 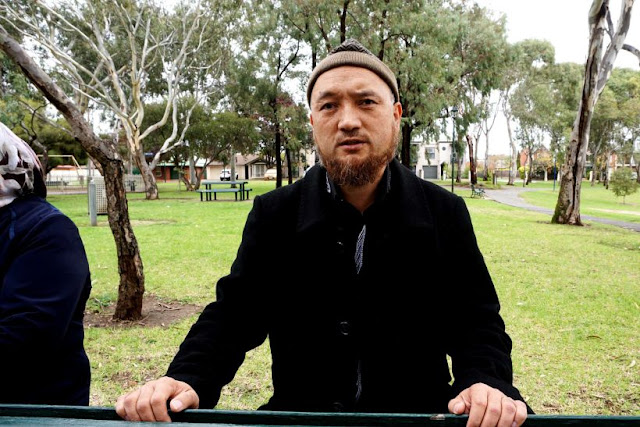 “At home I don’t allow these talks to open up in the house, I just try to change the subject,” said Abdul-Salam Alim (above), a 45-year-old Uighur man and a religious teacher at Garden College, a Muslim community school in Adelaide.
Mr. Alim’s wife has five siblings who live in the Xinjiang (East Turkistan) city of Hotan.  According to Mr. Alim, every adult of the five families except for one has been detained or imprisoned, and this leaves 21 children in the care of the only one woman who’s free in the whole family.  As Mr. Alim spoke, his mother-in-law — the grandmother of the alleged 21 children — sat and listened, quietly weeping....

Another Uighur man with Australian citizenship, who asked to be referred to as “Sam”, described to the ABC how he was assaulted by more than a dozen police officers when he showed his Australian passport at a checkpoint in Urumqi in 2016. 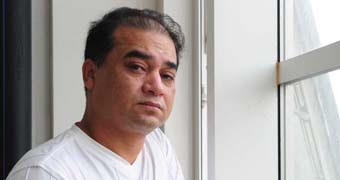 China’s hardline approach in Xinjiang (East Turkistan) is exemplified by the case of Ilhan Tohti, who was jailed for life and saw his family have all their property confiscated, for daring to criticise government policy.
One officer said to him “you think you are Australian?”, and shoved the passport in his face, Sam said.
“I was pushing and saying ‘what are you doing?’  I said [to the officer] ‘you could not do that’.
“Then more than 15 of them came and started bashing me.  The next thing I could remember I was in the hospital.”…
Many in the Uighur community in Australia told the ABC they feel hopeless, helpless and unable to trust anyone.  The ABC has contacted the Chinese embassy in Canberra, the Chinese Foreign Ministry, and various authorities in China for comment but all attempts have gone unanswered.  http://www.etaa.org.au/uighurs-live-with-fear-trauma-as-families-remain-stranded-in-chinas-growing-re-education-camps/
Posted by Bob Dinn at 10:13 PM