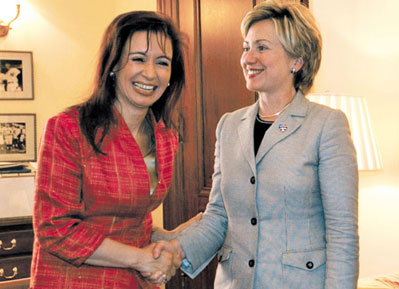 3-7-2016   This fresh testimony supports reports I published in July 2011 regarding suspicious nuclear diplomacy in 2007 and a massive cash transfer in 2010 involving then Iranian and Argentine leaders, Mahmoud Ahmadinejad and Nestor Kirchner, respectively….
According to the Argentine daily newspaper, Clarin, a former Argentine senior intelligence official, Antonio Stiuso, confirmed in two days of testimony before a judge that the former president of Venezuela, Hugo Chávez, interceded with Nestor Kirchner to resume nuclear cooperation with Iran, which had been suspended in 1991.  Also according to Stiuso’s testimony, Ahmadinejad was interested in using Argentina’s technology to produce plutonium bombs, which he characterized as more sophisticated than the ones Iran was trying to make with enriched uranium. 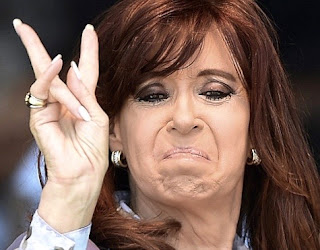 Cristina Kirchner, the departing president of Argentina, has refused to attend her successor's inauguration – marking the first time in the country's modern history that the ceremonial handover will not take place. https://www.telegraph.co.uk/news/worldnews/southamerica/argentina/12041813/Cristina-Kirchner-refuses-to-attend-Mauricio-Macris-inauguration.html
Posted by Bob Dinn at 7:18 PM