2-1-2016     [Editor’s Note:  As readers of this blog know, we have been covering various aspects of the investigation by the late Argentine prosecutor Alberto Nisman into the horrific 1994 bombing of the AMIA Jewish community center in Buenos Aires, specifically his indictment of top Iranian leaders for allegedly ordering the attack, as well as efforts by various U.S. groups and individuals to publicize Nisman’s allegations as part of their campaign to prevent any detente between Washington and Tehran and to suggest that Iran may also have been responsible for his death under suspicious circumstances last year.  In this investigative article Mike LaSusa has uncovered additional details regarding the controversial prosecutor.]
Documents obtained exclusively by LobeLog confirm that Argentine officials violated an agreement with the US Treasury Department by leaking sensitive financial information regarding deceased prosecutor death.  The leaks exposed a number of suspicious financial transactions involving a New York bank account maintained by Nisman since March 2002.  Argentine authorities are currently investigating the possibility that the account was used for money laundering, while a separate inquiry attempts to determine the cause of Nisman’s death. 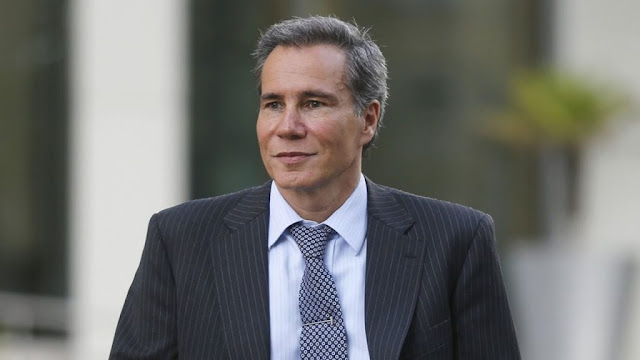 Nov 2016      Investigators in Argentina have finally determined, after more than two-and-a-half years, that the gunshot to the head that killed controversial prosecutor Alberto Nisman in January 2015 was delivered by someone other than Nisman himself.
The Wall Street Journal reported that a team of more than two dozen “government forensic experts, toiling at a secret facility for seven months,” worked on the inquest into Nisman’s death, the results of which were submitted to an Argentine federal court on September 22.
According to local press reports, the investigation determined that two attackers beat the prosecutor and dosed him with ketamine, a powerful tranquilizer, before shooting him in the head in the bathroom of his apartment where his body was found hours later in a pool of blood….
In the course of my reporting for LobeLog I discovered that many of the suspicious deposits to Nisman’s New York account identified by US investigators seemed to coincide with important moments in a heated legal dispute related to Argentina’s national debt that was playing out in the US court system at the time.
This could be a simple coincidence or it could suggest the involvement of powerful interests seeking to collect huge profits on sovereign debt they bought dirt-cheap during Argentina’s early-2000s financial crisis.  These interests were open and explicit about their desire to “do whatever we can” to tear down the reputation of the Kirchner government, presumably in order to better their chances in court.
Although it is virtually never discussed, particularly in the so-called Western media, it is plausible that Nisman’s death may have been related to his involvement in money laundering.  Perhaps he was skimming some of the dirty cash for himself, or perhaps he had become a liability for reasons related to his work or his personal life.  This theory certainly deserves at least as much serious scrutiny as the weakly substantiated speculation that the Kirchner government or Iran had Nisman killed.  https://lobelog.com/alberto-nisman-was-murdered-but-we-still-dont-know-why/