the Great Divine Director has a plan 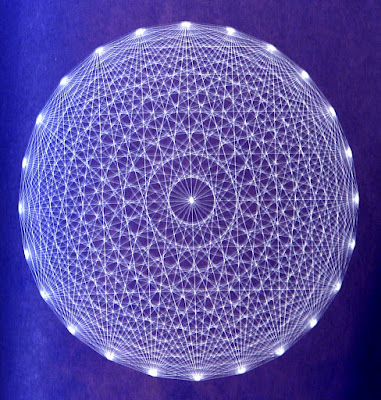 -decree to Himalaya-
Beloved mighty victorious Presence of God, I AM in me, my very own beloved Holy Christ Self, Holy Christ Selves of all mankind, beloved Lord Himalaya, beloved Lanello, the entire Spirit of the Great White Brotherhood and the World Mother, elemental life--fire, air, water and earth!  In Thy name, by and through the magnetic power of the immortal, victorious threefold flame of truth within my heart and the heart of God in the Great Central Sun I decree:
1.  Benign and precious is Thy flame,
Blessed Himalaya divine;
Pure and holy is Thy name,
Blue-lotus master mine.
2.  Come and teach me by wisdom’s power
How to love God every hour,
How to magnify Christ power
And God victory manifest.
3.  Let me sit before Thy throne,
Wholly centered in God alone
And absorb Thy holy tone,
Soundless wonder now made known.
4.  I AM calling now to Thee,
Help me gain my victory;
Let my very soul go free,
Daily, hourly like thee to be.
5.  Blue-lotus flame shining bright
In goodwill’s divine delight,
Shed thy beams through human night
Till all is purest light.
6.  Himalaya, come and remain
In my heart’s blue-lotus flame,
By the power of God’s own name,
I AM Presence in me reign.
And in full faith I consciously accept this manifest, manifest, manifest! (3x) right here and now with full power, eternally sustained, all-powerfully active, ever expanding and world enfolding until all are wholly ascended in the light and free!  Beloved I AM!  Beloved I AM! Beloved I AM!

Lord Himalaya and his divine complement are the Manus for the fourth root race.... Lord Himalaya maintains a retreat in the etheric plane over the Himalayas; it is called the Retreat of the Blue Lotus. There he focuses the masculine ray of the Godhead for the planet.  (The feminine ray is focused by the God and Goddess Meru at Lake Titicaca.)
In a dictation given July 15, 1961 Lord Himalaya spoke of his role as Father and of his retreat.  He said:  “Most of you have deep, deep, deep within your consciousness a Father image. This Father image is a memory of a past experience when you knew the love of God face to face.... Fortunate am I to so serve life as an eternal Father image, an image of the will of God. . . .
“Here in the reflecting pool of the blue lotus I have taken all my own thoughts through the ages about God and His great peace, and I have caused them to be transformed by the power of Life eternal, by the outpicturing of my own dominion, by my own God Presence in full manifestation of mastership so that this pool of beauty is...like a frozen crystallization of all these quiet thoughts on God and His supremacy in the universe and of what it means to every part of life to know the quietness and the end of turmoil which comes when the heart is still and knows God...The beauteous flower, the blue lotus itself, is a crystalline creation of ascended master light substance, a chalice in which flickers the mighty flame of God’s eternal will, revered by us and all the sons of heaven.”       -Messenger ECP:  6-29-1995 at RTR