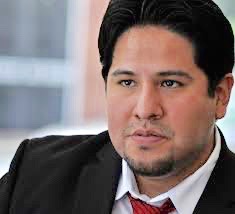 Joseph Humire, the executive director of the Center for a Secure Free Society (CFS), told a hearing by the House Financial Services Subcommittee on Terrorism and Illicit Finance:
Whether it’s [Iran’s narco-terrorist proxy] Hezbollah, Chinese Triads, the Russian Mafia or the FARC--the Venezuelan government has proven to be complicit in providing a haven for criminal and terrorist networks.  This is a complex challenge for U.S. national security and one that requires thinking outside the box.  Increasing evidence indicates that the Venezuelan regime is using its state apparatus to provide cover and concealment for terrorists and traffickers alike.  It’s time we consider designating their government as a state sponsor of terrorism and transnational organized crime.
Humire testified, among various other experts, warning lawmakers:  The convergence of criminals, drug traffickers, terrorists, insurgents, and organized crime has increased and evolved. …No other organization on [the U.S. State Department’s] FTO [foreign terrorist organization] list embodies the crime-terror convergence than Lebanese Hezbollah.  Of the close to 2,000 actors designated by our government as Foreign Narcotics Kingpins, several are affiliated or connected to Hezbollah.
By 2014 the Combating Terrorism Center, using a sample of 2,700 known criminals and terrorists in more than 122 countries, determined that nearly all (98%) were linked to one another across various illicit sectors including money laundering, drug trafficking and generating funds to carry out their objectives, which for some involve terrorist attacks.  That revelation prompted Humire to note:  No longer do illicit actors work independently in time and space. … More importantly these crime-terror networks are now sharing operating areas, intelligence, tactics, training and protocols to undermine nation-states and challenge Westphalian state sovereignty.
The long-time accepted dogma among national security authorities has been that criminal groups were not interested in increasing their profile and bringing law enforcement heat by working with sought-after terrorists.  If authorities accepted some sort of crime-terrorism relationship, they dismissed it as a business-oriented only transaction, rather than some sort close relationship.
With the help of its benefactor Iran, Hezbollah has expanded its criminal operations in Latin America, prompting a bipartisan House task force to acknowledged that the Shiite terrorist group is operating a “virtually unopposed drug trafficking operation” in South America with links to its fellow U.S.-designated terrorist group the FARC, the top cocaine producer in Colombia.  The Shitte militia uses its roots in Lebanon to attract supporters and funding from the large Lebanese community in Latin America.
Hezbollah terrorists are reportedly providing their services in moving illicit contraband into Europe and the Middle East to other drug trafficking groups in Latin America, including Los Zetas in Mexico.  The U.S. military has expressed concern that jihadi groups operating in Latin America, namely the Islamic State (ISIS/ISIL) and Hezbollah, could exploit the knowledge of their new criminal partners to infiltrate the United States and bringing in weapons and operatives.
ISIS has expressed an interest in using existing smuggling routes used to move contraband out of Latin America into Europe through Africa in reverse—to traffic potential supporters and even weapons of mass destruction (WMDs).
Humire acknowledged:  Regional cooperation with allied Latin American governments is sorely needed to counter the financial nexus of the crime-terror convergence.  I pay special attention to Hezbollah as the gold standard of this convergence. … For several years Hezbollah has operated in a state of legal grace in Latin America. Of the countries that do have anti-terrorism laws in Latin America, none recognize Hezbollah as a foreign terrorist organization.
https://www.breitbart.com/national-security/2018/03/22/expert-venezuela-a-global-hub-for-crime-terror-convergence-involving-hezbollah/ 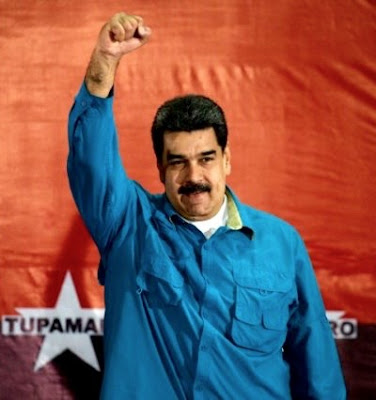