Lynne Brookes on her Yale relations with Kavanaugh

9-28-18   Ramirez’s own roommate has spoken out, telling CNN’s Chris Cuomo Thursday that she is “extremely disappointed” in the judge’s “blatant lying.”  In a phone call Lynne Brookes said:
“I watched the whole hearing, and a number of my Yale colleagues and I were extremely disappointed in Brett Kavanaugh’s characterization of himself and the way that he evaded his excessive drinking questions.  There is no doubt in my mind that while at Yale, he was a big partier, often drank to excess, and there had to be a number of nights where he does not remember.  In fact, I would witness to the night that he got tapped into that fraternity, and he was stumbling drunk in a ridiculous costume saying really dumb things.  I can almost guarantee that there’s no way that he remembers that night … There were a lot of emails and a lot of texts flying around about how he was lying to the Senate Judiciary Committee today.”
Brookes added that she and Liz Swisher, another classmate who said she was shocked by Kavanaugh’s denials of heavy drinking in his Fox interview, both played sports in college and routinely partied with Kavanaugh on Saturday nights. Brookes denounced Kavanaugh’s tactic at the hearing of evading questions and “trying to turn the question around to, ‘But I studied really hard.’  Well you know what?  I studied hard too.  I went to Wharton Business School.  I did very well at Yale.  I also drank to excess many nights with Brett Kavanaugh.  The two things are not mutually exclusive.”
When asked about Chris Dudley, the former NBA player and friend of Kavanaugh’s who said “he never even close to blacked out” at Yale, Brookes described a party she remembers at which both men were very drunk.  “They thought it would be really funny to barge into a room where a guy and a girl had gone off together, and embarrass that woman … The girl was mortified, and I was furious.”      https://www.thecut.com/2018/09/another-yale-classmate-extremely-disappointed-by-kavanaugh.html 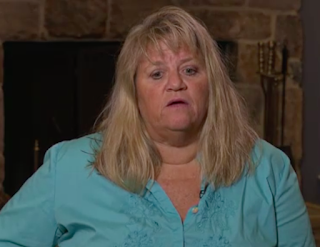