Beloved, they desire the light and the genes of the lightbearer.

Keepers of the Flame must be aware that these fallen ones and aliens are utterly, and I say utterly, fearful of those who embody the light of Sanat Kumara.  They are not omnipotent nor are they omniscient, but they have used science and retain those accomplishments that were known upon Atlantis and Lemuria for destructive purposes, for manipulating life.  Their goal is indeed that communion  whereby they shall take from the bodies of this lifewave, as they are able, all the light and secondary light that humanity themselves have received from those outposts who are the sons of God in their midst.
Beloved, they desire the light and the genes of the lightbearer.  And thus they would approach those of the highest attainment for one purpose:  to combine the seed of the fallen ones, even of Satan and Lucifer, with the seed of the highest Christed ones.  For thereby they have determined to do in this age what they have accomplished in many ages:  the prolongation of the life of their own bodies and then that of the robot creation which they have brought forth.  You will realize then that the very presence of the seed of light in their genes can extend the life of that particular physical evolution for long decades, centuries and aeons.
Therefore understand, beloved, how critical have been the laws handed down by the patriarchs unto the seed of the true Hebrews and lightbearers which stated that they were not to commingle that seed with the lesser creation that had been created by the fallen angels. ...
We will never let you down, but when you let yourself down and try to take us with you, beloved, we must let go.  For we must be about our Father’s business.  And so it is your own calling.     -El Morya:  8-8-1987 at RTR, Montana 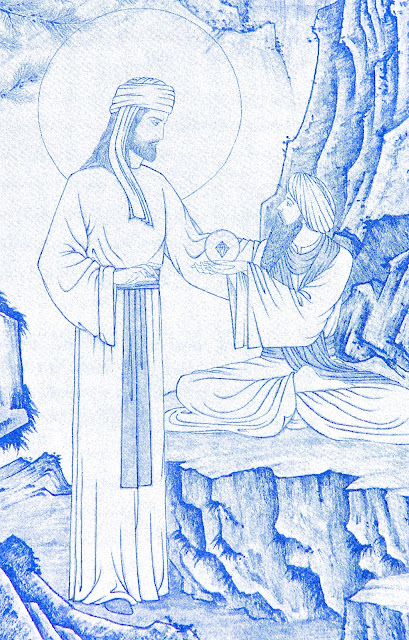