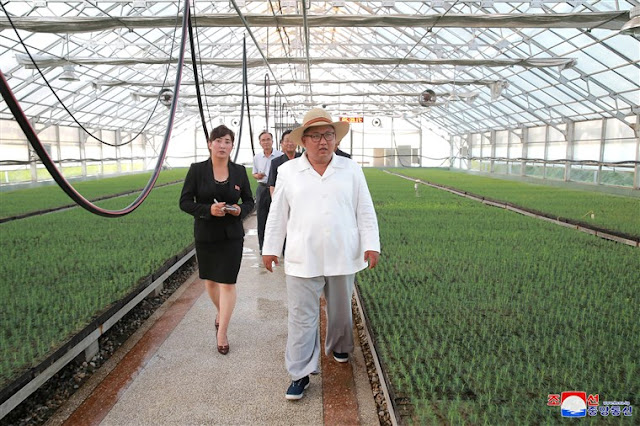 Feb. 20, 2019  By Phil McCausland and Dan De Luce
“They’re going to want some denuclearization steps from North Korea, but I don’t think the North Koreans are going to give up very much,” Victor Cha, who served as the director for Asian Affairs at the National Security Council during the Bush administration. said.  “When we talk about any sanction-lifting though, a lot of experts would say the place where you can do the least harm and the most good for the North Korean people is through humanitarian sanctions.”
Of North Korea’s 25 million people, 10.3 million or 41 percent of the population face food insecurity and 10.1 million suffer from malnutrition, according to a March 2018 UN report. ....
In an attempt to increase the pressure against Kim’s regime and their nuclear program, the Trump administration increased sanctions that essentially cut off the flow of international humanitarian aid to North Korea, according to an August Reuters report.  U.S. humanitarian aid in 2018 dropped nearly 57 percent from the year prior, the wire service reported....
The country has repeatedly suffered food crises in recent decades, due to a combination of inefficient collectivist farming methods and bad weather.  A devastating famine in the mid-1990s claimed the lives of up to three million people, and some aid experts called it one of the 20th century’s worst famines....
Even if North Korea managed its resources more efficiently, it does not have enough arable land to feed its population of about 24 million people, Jasper said.  Much of the Korean peninsula’s fertile land lies in South Korea. “The division has always taken a toll on food security in the North,” he said.
The North Korean regime in the past also has linked negotiations over its nuclear program to food aid, demanding more assistance as a condition for taking part in talks.  The new memo is consistent with Pyongyang’s tactics “to weaken the sanctions regime by appealing to humanitarian concerns,” said Jung Pak, a former CIA officer and now senior fellow at the Brookings Institution.  “Even though the regime imports hundreds of millions of dollars in luxury items, it consistently blames the U.S. and U.N. for its problems,” she said....
The Trump administration will probably be open to broadening exemptions for humanitarian aid, as it would be something concrete to offer to Pyongyang without having to fully lift the economic sanctions before North Korea makes substantial concessions over its nuclear weapons program, she said.  This could be “one of the deliverables at this second summit,” Terry said.  https://www.nbcnews.com/news/north-korea/top-north-korean-official-says-his-country-faces-major-food-n973361
…………………………….........................……........................…
2) 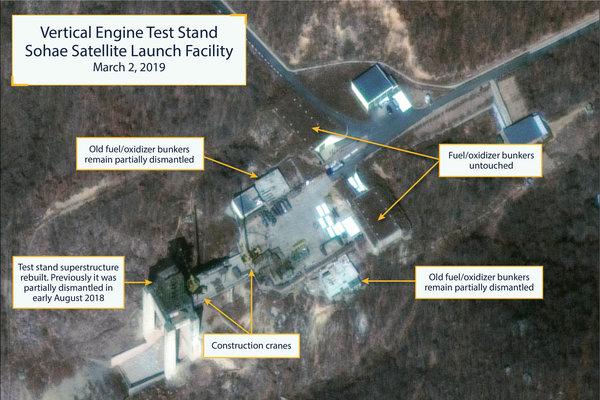 
……………………………………………………………...............................
8)   5-8-19   SEOUL -- South Korea's Moon Jae-in administration will soon begin official procedures associated with its move to resume food aid to North Korea, according to a Cheong Wa Dae official Wednesday.
The official, however, said it's still too early to talk in detail about the issue, as the government has yet to review the size, format and other specifics.  https://en.yna.co.kr/view/AEN20190508009100325?section=national/politics
…………………………………………………………………………………………………
9)   Let those who are the freedom-fighters in every nation
hear my voice of comfort, of relief, and of deliverance!
Let it be so!
Let there be the starving of the armies of the fallen ones
and their malintent in every nation!
Let there come the liberation of the valiant souls
of Afghanistan, of Poland, and every other nation
where the attack is at every conceivable level!
Let the people who remain free be willing to wear
the sackcloth, be willing to sacrifice!
And therefore let the crumbling of the Soviet empire
be from within!….
There is no alliance at any level that God does not ordain the breaking of when that alliance is with the seed of the wicked.   Blessed hearts, the enemy has no power except that which is given to it by the sons of God and the children of light….All the ascended masters have ever done is to point the way!  If there have been victories--and victories there have been indeed—it is because you have followed and accepted the call. 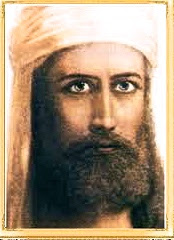