"My wife is not a terrorist"; Xinjiang, Venezuela

11-14-2018   There at the headquarters of Chinese telecom giant ZTE Corp, the Venezuelans learned how China, using smart cards, was developing a system that would help Beijing track social, political and economic behavior.  Using vast databases to store information gathered with the card’s use a government could monitor everything from a citizen’s personal finances to medical history and voting activity…. 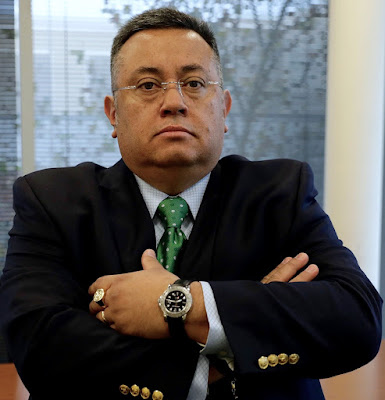 -Anthony Daquin, once the top information security advisor to the Justice Ministry, said intelligence agents beat and extorted him after he voiced privacy concerns. REUTERS/Yuri Gripas

“What we saw in China changed everything,” said the member of the Venezuelan delegation, technical advisor Anthony Daquin….The following year, when he raised concerns with Venezuelan officials, Daquin told Reuters, he was detained, beaten and extorted by intelligence agents.  They knocked several teeth out with a handgun and accused him of treasonous behavior, Daquin said, prompting him to flee the country.  Government spokespeople had no comment on Daquin’s account.
The project languished.  But 10 years after the Shenzhen/ZTE trip Venezuela is rolling out a new, smart-card ID known as the “carnet de la patria,” or “fatherland card.”  The ID transmits data about cardholders to computer servers.  The card is increasingly linked by the government to subsidized food, health and other social programs most Venezuelans rely on to survive.
And ZTE, whose role in the fatherland project is detailed here for the first time, is at the heart of the program.  As part of a $70 million government effort to bolster “national security,” Venezuela last year hired ZTE to build a fatherland database and create a mobile payment system for use with the card, according to contracts reviewed by Reuters.  A team of ZTE employees is now embedded in a special unit within Cantv, the Venezuelan state telecommunications company that manages the database, according to four current and former Cantv employees. 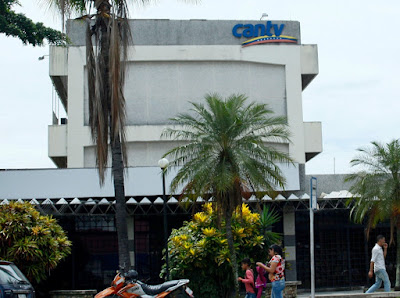 Cantv, Venezuela’s state telecoms company, relies on ZTE for projects like the fatherland  database. REUTERS/Carlos Eduardo Ramirez
“China is in the business of exporting its authoritarianism,” U.S. Senator Marco Rubio told Reuters in an email….“With this card, we are going to do everything from now on,” Maduro said on state television last December….The technology Daquin and colleagues learned about in Shenzhen underpinned what would become China’s “Social Credit System.”  The still-evolving system, part of which uses “smart citizen cards” developed by ZTE, grades citizens based on behavior including financial solvency and political activity….
September 2018  Government says fatherland cards will be needed to
receive pensions and purchase subsidized fuel.
https://www.reuters.com/investigates/special-report/venezuela-zte/
………………….………………….…………………….………………….… 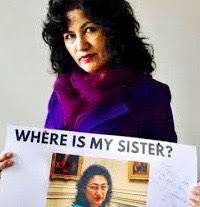 RUSHAN ABBAS:  I spoke about the conditions of the camps on September 5, 2018 at the Hudson Institute.  Six days later, my sister and my aunt both disappeared at the same day.
CHANG:  Since then, she and her family have heard almost nothing about their whereabouts.
ABBAS:  I have no idea where my sister is. I heard my aunt was released from the distant relatives, but I have no information on my sister.
ABBAS:  human rights should be included when it's dealing with China. The Chinese human rights abuse, this current crime against humanity, should be a subject in every negotiation with the Chinese government.  https://www.npr.org/2019/05/07/721172126/china-continues-to-abduct-uighur-muslims-sending-them-to-internment-camps
………………….………………….……
4-11-19    Information on what actually happens in the camps is limited, but many detainees who have since fled China describe harsh conditions.  Detainees are forced to pledge loyalty to the CCP and renounce Islam, they say, as well as sing praises for communism and learn Mandarin.  Some reported prison-like conditions, with cameras and microphones monitoring their every move and utterance.  Others said they were tortured and subjected to sleep deprivation during interrogations.  Some contemplated suicide or witnessed others kill themselves. 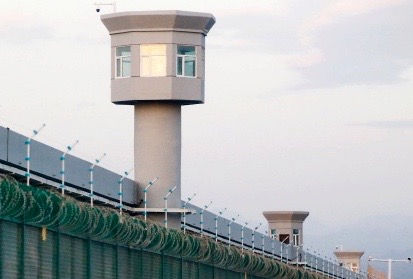 
https://www.cfr.org/backgrounder/chinas-crackdown-uighurs-xinjiang
..........………………….…………………………………….………………….….…..
Not long after she arrived, however, her husband says she was detained.  He hasn't heard from her for more than two years.  My son wasn't even 1 when she left," Esten Erbol said.  "When he sees young women in the neighborhood, he calls them mama. He doesn't know what his own mother looks like."
Adiba Hayrat and her two daughters are Chinese citizens, of Kazakh minority descent.  She grew up in China, as did their daughters.  Their young son was born in Almaty.  The family was in the process of becoming citizens of Kazakstan when Esten Erbol says Adiba Hayrat was taken by Chinese authorities.
Her family in Kazakhstan says she was held in a detention camp in Xinjiang for more than a year, while her children were sent to live with distant relatives.
She has since been released, according to her family. But they say Adiba Hayrat is now living with her parents and working in a forced labor facility, earning pitiful wages, unable to contact her family in Kazakhstan for fear of being sent back into detention….
Beijing denies any allegations of torture or political indoctrination, and says the camps are "vocational training centers" designed to fight terrorism.  Even if you buy that explanation, Esten Erbol said, it wouldn't apply to his wife.  "My wife is not a terrorist," he said. 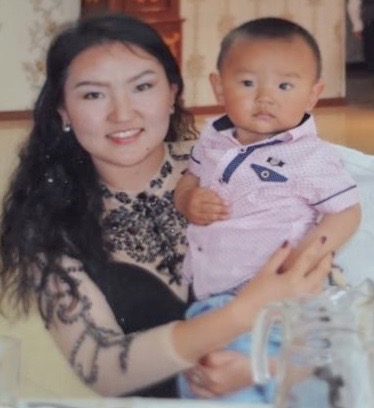 -Adiba Hayrat and her son Nurmeken, who has been separated from his mother for more than a year.