there is a focus, a place prepared within each one’s heart

Media uncontrolled, catching the ears of youth, could easily turn the world upside down, but rightfully employed to transmit values, convey ethics and create a new climate of living the media could become the purveyors of universal Grace and order to humanity….For both longevity and a new sense of the magnitude of beauty are conveyed to men’s lives when they seek to become links in universal Grace, receiving and transmitting the torch of freedom to each succeeding generation in a wholesome manner.
Where the titillation of the senses is the sole object of individual life expressions the instruments of bribe, blackmail and fear of personal destruction are ever at hand.  But when the great winds of freedom that fan the threshing floors of the Almighty flow untrammeled through the universe and are allowed to reign unchecked by human pride they can elevate an age to new heights of achievement….
There are many in the religious world who would cast aside the water of Life because the tin cup in which it is conveyed does not flatter their egos.  Others see the waters of Life  and the chalice of its conveyance  as a holy grail; it matters not to them what frail form or ungainly hands may pass that cup.  Their concern is that harmony, love, beauty and happiness be the inheritance of their posterity. …
If an instrument that is intended to convey Grace fall into the hands of traitors, shall these traitors be permitted to destroy the instrument?  Let mothers and fathers the world around, whether or not they have availed themselves of the fullness of higher education, investigate the infiltration in the universities and school systems of the world of those who deny God and proclaim science as the accredited king, by those who have no real values of their own but would wantonly destroy those which have been established by other men….
Education is necessary to humanity; all that has been done in the past of moral value and of universal ethic, all that has been created to perpetuate order and grace must be upheld.  The christlike values  that have made all nations great must be rekindled where the flame has gone out and they must be fanned into renewed activity in the great forges of life….
The mysteries of God are immense, and those who are prone to condemn quickly the  “false allegiance” of men of the Spirit whose vision exceeds their own should reexamine their own hearts according to the divine idea….Remember that there are        evil men in league with the dark powers and destructive forces of the world who would bring this planet under the domination of the red dragon.       -Meru:  Pearls of Wisdom 12:22 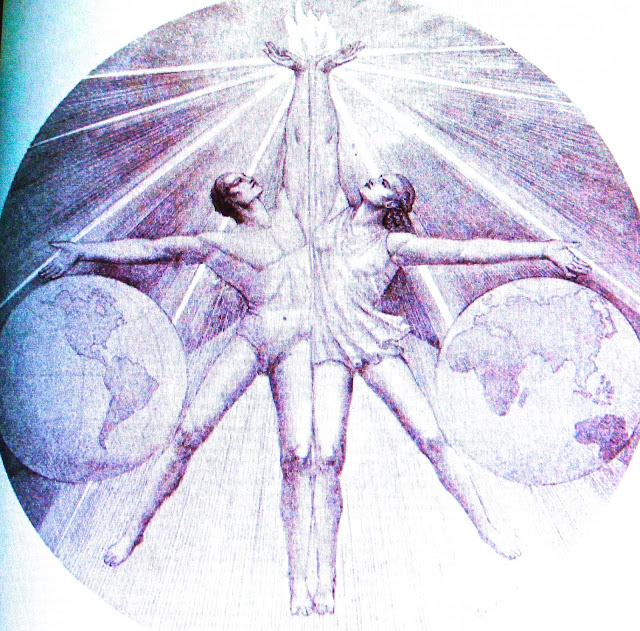 by Auriel Bessemer, ~1971
…………………………………………………………………………….……..........................................
Those who deny our existence would do well to reexamine their concepts of God whose Life necessarily includes our own.  Conversely, those who understand and recognize the immortality of the cosmic gifts God gives from His heart to those whose every thought is directed toward Him have no difficulty in accepting His reality or the living Presence of His servant sons and daughters both in heaven and on earth.  Their blessed faith starts a circuit of light that moves from hearts kindled with gratitude to the heart of God, carrying more of His energy on the return current.  These are full of joy as they see cosmic mutations taking place within themselves--a metamorphosis of the soul brought about through the ritual of divine love.
Those who seek us will realize almost from the beginning of their search, and then again when the moment of truly knowing us comes, that our hearts are full of love for embodied humanity and that our only desire is to create through proper education a spiritual uplift in the human consciousness that will enable mankind to avoid both the shedding of tears for human failures and their remorse for divine ones.  The fact that individuals have turned the pathway of selflessness into the pathway of selfishness is due not alone to their lack of knowledge but to their great lack of conclusive faith in the ultimate goodness of God….
And there is a focus, a place prepared within each one’s heart where He shall abide forever if man wills it so.  All that man is and does is by the Grace of God, therefore in the outworking of divine Grace in man those spiritual works of which his faith is but a symbol do appear.  This substance of things hoped for, this evidence of things not seen can also be kept by man as a divine gift.  Those who desire to increase their faith may call for an intensification of the measure of Grace given unto them and see the miracle of immortal Life as it unfolds before them the magnificent faith of cosmos in its own fiery destiny….


Let us then build a tower of light and hope in the world that shall shift man’s interests and intents from the mundane to the heavenly and--drawing him from the murky darkness of failures and follies--polarize his consciousness to the goal of rebirth in Christ. 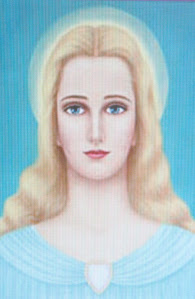