I have watched as the heavenly ones have fathered this Fraternity and the Church Triumphant it seeks to unfold.  I have seen the various plots that have sought to destroy each tender beginning before it could be properly developed.  I have seen the labors of love of the many tender hands and faithful hearts that have made it great.  And I say to each one of you, God bless you, God keep you ever faithful in the keeping of the flame that ascends us all to meet the Lord “in the air.”  For not in error but in truth, not in clever statements but in the spirit of love toward one another shall we attain our victory.       -Bishop Mark Prophet::  letter of 3-30-1969 from La Tourelle, Colorado Springs 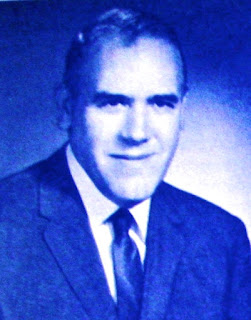 …………………………………………………..
Because of the perils now existing in the world and the unfortunate attacks that have been launched from certain quarters against the Summit Lighthouse as the outpost of the ascended masters and the spiritual hierarchy I am writing in the fondest hope of clearing from the minds, of all who read, any misunderstanding that may exist there by reason of the subtleties of the fallen ones who are always on the alert to amplify the smallest disagreement among the lightbearers into a destructive trend.
Many years ago in a convent in France the Mother Superior of one of the Catholic orders who had risen to her position by reason of family prestige and prominence became ill and …(later) was restored to health and was able to assume her duties.  She was told of the playground and the equipment that had been installed.  Immediately her heart was darkened with jealousy, and she was angered that this was done by her underling in her absence….


Recently the “Mother Superior” (in a similar case) has forbidden the Messengers to come and to speak to these people in this corner of the United States and in this house, for she said that separation was the requirement of the day.  She gave no reason, nor did she—according to the akashic records—have any valid reason whatsoever for her actions.
-Mother Mary:  letter of 12-2-1969 from the Holy Land
Posted by Bob Dinn at 1:52 PM