Contrary to popular belief, foreign embassies and consulates remain subject to the jurisdiction and laws of their host country.

10-15-2018   Contrary to popular belief, foreign embassies and consulates remain subject to the jurisdiction and laws of their host country.  This makes Turkey primarily responsible for investigating Khashoggi’s disappearance and pursuing any prosecutions in line with its domestic laws and procedures.  International law does however provide certain foreign government officials and facilities with privileges and immunities that can make investigation and prosecution more difficult. 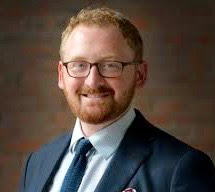 -Scott R. Anderson is a David M. Rubenstein fellow in Governance Studies at the Brookings Institution. He previously served as an Attorney-Adviser in the Office of the Legal Adviser at the U.S. Department of State and as the legal advisor for the U.S. Embassy in Baghdad, Iraq.  https://www.lawfareblog.com/what-international-law-tells-us-about-khashoggi-investigation
....................................
Trying to whitewash his reputation, Mohammad bin Salman tried to dispel rumors about the disappearance of Washington Post journalist Jamal Khashoggi, who was most certainly tortured, killed and dismembered.  In addition the Crown Prince claims that the kingdom's Istanbul consulate falls under the regime's jurisdiction.  He is terribly wrong.  https://www.dailysabah.com/diplomacy/2018/10/19/mbs-claim-of-saudi-sovereignty-in-istanbul-consulate-wrong-turkish-law-applies-for-khashoggi-murder