Like top party officials before him, his achievements in the restive ethnic minority regions is helping to propel his career.  Indeed Chen was elevated to the Politburo in 2017.
The tight grip of the security apparatus in Xinjiang has made it possible for Chen to expand his coercive measures.  Extensive surveillance and a strong physical presence of security forces mean the state can deal with any blowback from the local populace. 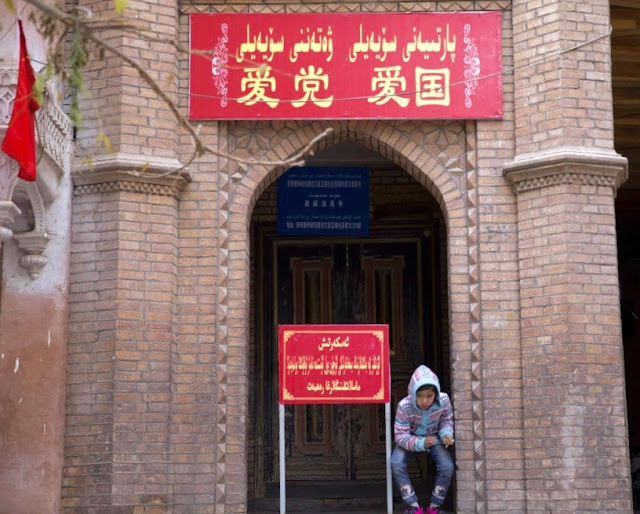 "Love the Party, Love the Country"
https://www.taiwannews.com.tw/en/news/3567296
.......
11-2-18   Step-by-step the Xi Jinping regime has crossed thresholds unthinkable years ago, with little repercussion.  The government detained nearly every single human rights lawyer over a single weekend in July 2015, imprisoned China’s only Nobel peace prize laureate until he died in custody in July 2017, and earlier this year, abolished presidential terms limits, paving the way for Xi to become dictator for life.  https://www.theguardian.com/world/2018/nov/03/china-is-committing-ethnic-cleansing-in-xinjiang-its-time-for-the-world-to-stand-up
Posted by Bob Dinn at 8:54 PM